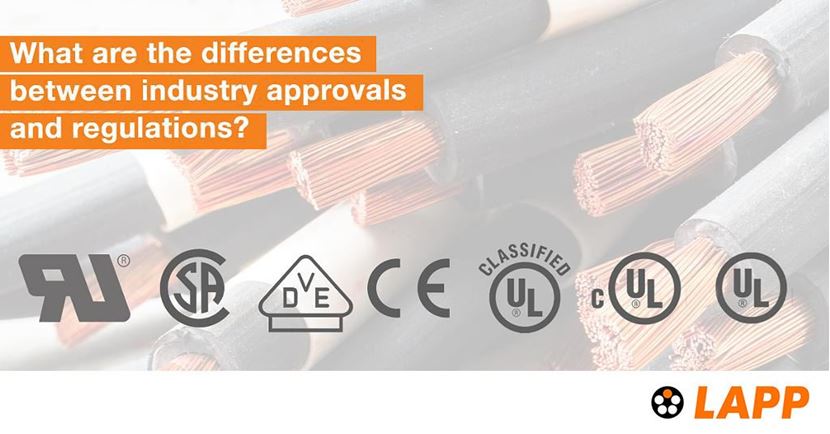 Standards Australia is the nation's leading non-governmental, not-for-profit standards organisation facilitating the development of new and existing Australian Standards across a variety of sectors, as well as the adoption of International Standards.

AS/NZS 3008.1.1:2017 - Electrical installations - Selection of cables for alternating voltages up to and including 0.6/1 kV - Typical Australian installation conditions

This Standard sets out a method for cable selection for those types of electrical cables and methods of installation that are in common use at working voltages up to and including 0.6/1 kV at 50 Hz a.c.
NOTE: Although the Standard specifically applies to a.c. installations, it may also be applied to d.c. installations.
Four criteria are given for cable selection, as follows:
(a) Current carrying capacity.
(b) Voltage drop.
(c) Short-circuit temperature rise.
(d) Economic optimisation.
This Standard provides sustained current-carrying capacities and voltage drop values for those types of electrical cable and installation practices in common use in Australia.

Underwriters Laboratories, Inc. (UL) was founded as a non-profit organisation that examines and tests products and labels them UL “Recognized” or “Listed” for manufacturers. In the United States UL sets the standard of safety for wire.

Products that meet the requirements of the Canadian Standards Association, but are certified by the Underwriters Laboratories, Inc., are marked with a lower case "c" adjacent to the applicable UL symbol.

CSA is a non-profit, independent organisation that operates a nationally recognised testing laboratory (NRTL) for electrical and electronic materials and equipment.

All of these wires and cables must pass one of the following flame tests in order to fully comply with CSA Certification requirements. The following are the most common flame standards:

Most countries have their own standard-writing agencies. However, the basis for the majority of International standards is adaptations from, or exact duplication of, publications from the following Safety Standard Agencies. These Standards Agencies are commissioned to create and publicise International Safety Standards. They are standards-setting agencies only. The enforcement of and testing to these standards is undertaken at the national level, but the final interpretation of design and approval of the product always lies with the National Test Agencies.

The European Commission is responsible for determining an overall strategy for implementing European Union (EU) policies and regulations. These regulations are also monitored outside of Europe by the European Commission and EU's diplomatic service, the European External Action Service. They are most commonly known for the CE marking that appears on many products in the European Economic Area (EEA). The marking indicates that the product meets all necessary requirements for being sold in the EEA. It may also be used for products produced in other countries to be sold throughout the EEA without restriction. The main benefit for both businesses and consumers is knowing that the product meets all safety, health, and environmental protection requirements.

IEC (International Electrotechnical Commission)
The IEC is composed of representatives from manufacturers, users, and national testing labs from many of the European industrialised nations. Their primary directive is to publicise recommendations for safety standards. Although IEC publications do not have the force of law, in most cases new standards published by the National Testing Agencies in Europe and Australia have only minor deviations from IEC publications.

CEE (International Commission for Rules for the Approval of Electrical Equipment)
CEE was composed of representatives from European National Testing Labs. CEE published a number of standards under its own name. Most of these have been superseded by CENELEC and/or IEC standards.

CENELEC (European Committee for Electrotechnical Standardisation)
The primary responsibility of CENELEC is to develop electrotechnical standards which represent a consensus among its European member countries. While IEC publications are generally the basis for European National Standards, CENELEC will cover matters which its members feel are not completely addressed by IEC documents.

DNV GL is an international accredited registrar and classification society headquartered in Høvik, Norway. Classification, verification, risk-management, training and technical advisory to the maritime industry on safety, enhanced performance, fuel efficiency, etc. As a classification society, DNV GL sets standards for ships and offshore structures, known as Class Rules. They comprise safety, reliability and environmental requirements that vessels and other offshore mobile structures in international waters must comply with. DNV GL is authorised by 130 maritime administrations to perform certification or verification on their behalf.

A trusted partner at nearly three million customer locations, Ecolab is the global leader in water, hygiene and energy technologies and services that protect people and vital resources. Ecolab operates in more than 170 countries with their global headquarters being located in Minnesota, USA. Around the world, customers in foodservice, food processing, hospitality, healthcare, industrial, and oil and gas markets choose Ecolab products and services to keep their environment clean and safe, operate efficiently and achieve sustainability goals.

Although a product may have been designed to comply with individual standard agencies, or with IEC, CEE or CENELEC, each product must be tested, approved and marked by the National Testing Agency for each country the cords are to be sold in (such as VDE, SEMKO, DEMKO, etc.) In most cases, it is illegal to sell non-approved products.

Standards Australia is the nation's leading non-governmental, not-for-profit standards organisation facilitating the development of new and existing Australian Standards across a variety of sectors, as well as the adoption of International Standards.

AS/NZS 3008.1.1:2017 - Electrical installations - Selection of cables for alternating voltages up to and including 0.6/1 kV - Typical Australian installation conditions

Belgium – CEBEC (Belgium Electrotechnical Committee)
The recognised association for Belgian standards is the Belgium Electrotechnical Committee (CEB). The range of CEB standards is similar to IEC. The CEBEC mark molded into a plug or connector indicates that a product has been tested and approved by CEBEC for use in Belgium. CEBEC approval is voluntary.

Canada -CSA (Canadian Standards Association)
CSA is one of five accredited standards writing organisations in Canada. Unlike other foreign countries, Canada does not have separate standards and national testing agencies. The CSA mark indicates that a product has been tested and approved for use in Canada.

United States – UL (Underwriters Laboratories, Inc.)
Underwriters Laboratories, Inc., is charted to establish, maintain, and operate laboratories for the examination and testing of devices, systems and materials to determine their relation to hazards to life and property, and to ascertain, define and publish standards, classifications, and specifications for materials, devices, products, equipment, constructions, methods, and systems affecting such hazards.

Denmark – DEMKO (Danish Electrical Testing Station)
The recognised association for Danish standards is the Danish electrotechnical committee (DEK). DEK adopts CENELEC and IEC standards as their basis for standards. The DEMKO mark molded into a plug or connector indicates that a product has been tested and approved by DEMKO. Goods not bearing this mark cannot be sold in Denmark

Finland – SATIN (Electrical Inspectorate)
The recognised association for Finnish standards is the Finnish Electrotechnical Standards Association (SESKO). Most of the standards set by SESKO are in accordance with IEC and CENELEC publications. The SETI mark molded into a plug or connector indicates that a product has been tested and approved by SESKO and SETI for use in Finland. Use of this mark is mandatory only on equipment used in homes, offices, shops & other premises where the public as admitted.

Germany – VDE (Association of German Electrical Engineers)
The recognised association for German standards is the German Electrotechnical Commission of DIN & VDE (DKE). The DKE standards are identical to IEC standards. The VDE mark indicates that a product has been tested and approved by DKE and VDE.

Norway – NEMKO (Norwegian Board for Testing and Approval of Electrical Equipment)
The recognised association for Norwegian standards is the Norwegian Electrotechnical Committee (NEK). NEK standards are identical to IEC and CENELEC. The NEMKO mark molded into a plug or connector indicates that a product has been tested and approved by NEMKO.

Sweden – SEMKO (Swedish Institute for Testing and Approval of Electrical Equipment)
The recognised association for Swedish standards is the Swedish Electrical Commission (SEK). There are more than 800 Swedish electrical standards. Most of them are identical to IEC standards. Most of the standards are voluntary, However, domestic electrical equipment is subject to approval and cannot be sold unless approved by SEMKO. The SEMKO mark molded into a plug or connector indicates that a product has been tested and approved by SEMKO.

Switzerland – SEV (Swiss Electrotechnical Association)
The recognised association for Swiss standards is the Swiss Standards Association (SEV). The SEV has adopted IEC standards almost without exception. The SEV mark molded into a plug or connector indicates that a product has been tested and approved for use in Switzerland. All products to be sold in Switzerland must bear this mark.

European agencies require the agency marking to be molded into the plugs and connectors. There are two alternatives for marking cordage, The manufacturer’s name and the National Test Agency symbol are printed on the blue primary conductor. In addition to the primary conductor marking, the symbol for CENELEC—”HAR”—can be printed on the outer jacket. According to CENELEC and the national approval agencies, the “HAR” symbol is not mandatory as long as a National Test Agency symbol is on the cordset. The product is fully approved for use in any Continental European country as long as it is manufactured to CENELEC and foreign agency standards and carries one of the above markings.