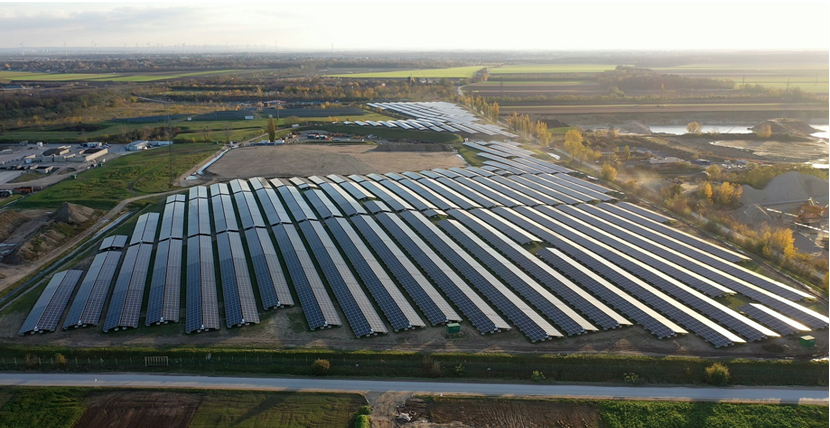 LAPP signposts the future of photovoltaics with 11.5MW green energy plant far bigger than the MCG

Anyone who doubts that solar power is about to make a major contribution to the planet’s clean-green energy output might pause to consider some statistics provided by LAPP Australia about one of the LAPP Group’s recent eco-friendly projects.

The new system, which began operation in Schonkirchen-Reyersdorf near Vienna in recent months (November 2020), combines 34,600 solar modules to generate 11.5 megawatts, or almost 11 gigawatt-hours of electrical energy a year, corresponding to the consumption of 3,400 households and saving 8,000 tons of carbon dioxide.

The big solar plant – Austria’s largest – is still being developed to greater capacity on a site covering 13.3 hectares, which is equivalent to 18 football fields, or six times the playing surface of the largest sporting stadium in the Southern Hemisphere, the Melbourne Cricket Ground.

LAPP Australia General Manager Simon Pullinger says the project – for which his global parent company supplied 180km of its Olflex® solar cables for the DC section of the photo voltaic modules alone – also absorbed a wide range of other products available in Australia to withstand the rigours of outdoor operations at solar and wind farms and clean-green water plants.

The global LAPP organisation – with 4,650 employees and turnover well exceeding a billion Euros ($A1.62 billion) – established LAPP Australia in 2018 to serve future-focussed industries Down Under. These include energy, rail, mobility organisations, manufacturing and plant engineering (including automation, robotics and process engineering systems), electrical engineering systems and energy systems, including wind and solar green energy; machine building and machine tools; food and beverage; automotive, intelligent buildings and infrastructure; and resources industry, including mining and oil and gas process engineering.

Mr Pullinger says the family-owned LAPP company prides itself on its far-sighted ethos of outstanding innovation, quality, range and service, which has won it many customers Down Under, to the point that LAPP Australia now has more than 20,000 products online. Live real-time stock checking on the local and German HQ warehouses gives customers greater access to products and rapid lead times for better planning of future-focussed automation initiatives, including those taking place locally as a result of Industry 4.0 digital integration and response to global major trends such as clean, green energy and water.

Service and precise on-time delivery capabilities were a major factor in the global company winning the latest solar energy contracts in Austria, where the market for solar for photovoltaics is growing by 50 per cent every year, says Mr Pullinger. LAPP Australia has equipped itself to cater for rapid expansion of this field in Australia, given our abundant natural energy resources and need to achieve world’s best standards of sustainability and environmental protection vital to industry’s future.