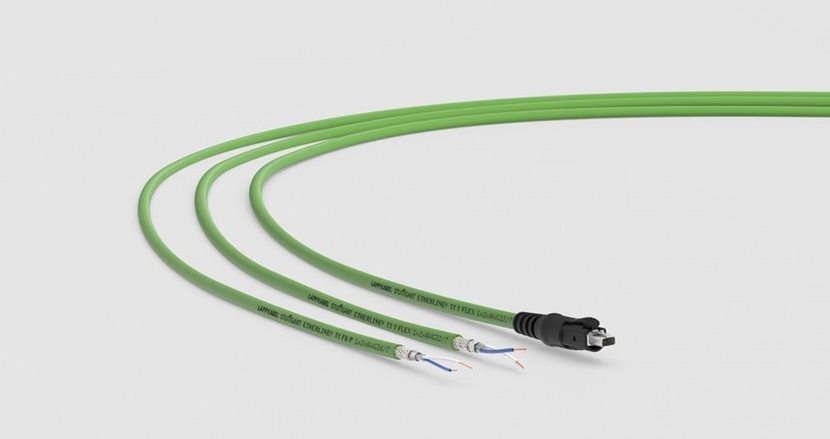 Single-Pair Ethernet is the end-to-end industrial Ethernet technology that is taking over legacy Fieldbus networks and Traditional Ethernet and paving a way for Industry 4.0, the Industrial Internet of Things (IIoT), and Smart Manufacturing. See how SPE was introduced to the market and why it’s surpassing other Industrial Communication solutions.

Ethernet is a dynamic technology that changes and improves over time. The newest innovation in the Ethernet space is called ‘Single Pair Ethernet’.

Before SPE was introduced, isolated networks were the norm. Fieldbus was typically used in manufacturing settings and commercial-grade Ethernet was used in office settings.

Single-Pair Ethernet opens up the possibility for one network protocol satisfying the requirements that Multi Pair Ethernet and Fieldbus historically fulfilled.

SPE saves space and weight, maximizes flexibility, and generates even more data flow than traditional Ethernet cables – making it the perfect replacement for outdated Ethernet or Fieldbus cables or the perfect solution for newer facilities to implement the newest cable technology on the market.

A number of leaders in the cable solutions industry are not only working to provide SPE cable products – but also the infrastructure to support it which includes connectors, switches, I/O modules, adapters for analog devices, cordsets, and more.

So what are the advantages of transitioning from traditional Fieldbus and Multi Pair Ethernet to Single Pair Ethernet? SPE has:

The industries and applications where SPE is thriving in include Automotive, Process, Industrial Automation, Transportation, Advanced Manufacturing, and Robotics.

In November of 2019, the IEEE approved a new standard for Single Pair Ethernet Protocol – the IEEE 802.3cg standard (also referred as the 10Base-T1.

IEEE 802.3cg specifications call for two link-layer standards for both 10Base-T1S and 10Base-T1L. Both the short and long range standard support speeds up to 10Mbps using a single twisted pair.

LAPP supports the SPE Industrial Partner Network, which represents the standard T1 Industrial device interface defined by ISO and IEC, in accordance with IEC 63171-6 and SPE cables according to ISO/IEC 11801-X.

ETHERLINE® T1 FD P is a shielded AWG26 cable for Gigabit and used in cable chains.

ETHERLINE® T1 Y FLEX is an AWG22 cable for occasional movement and is suitable for 100 Mbit and Gigabit.

LAPP is on their way to providing their customers a complete end-to-end SPE solution. Gain a competitive edge in the market by implementing an SPE infrastructure to get ahead of your Industry 4.0 and Smart Manufacturing goals.

Today, all Operational Technology (OT) is made up of Industrial Ethernet and Fieldbus networks as well as wireless technologies such as WLAN (WiFi), Bluetooth, GPS, and television and radio broadcasting.

The largest Industrial Ethernet network in the world is EtherNet/IP followed by other PROFINET, EtherCAT, POWERLINK, and Modbus-TCP. The largest Fieldbuses in the global market are PROFIBUS, CC-Link, and Modbus-RTU.

Fieldbus technologies are steadily declining with a noticeable annual -5% in 2019 – making way for a 20% growth in industrial Ethernet in 2020.

A historical timeline portrayal of Industrial Network Market Shares from 2014-2021 according to HMS Networks studies.

In 2019, Industrial Ethernet accounted for 59 percent of the market, while legacy fieldbus networks made up 35 percent, and wireless 6 percent. It was reported in 2020 that Industrial Ethernet is now in the lead with 64%, followed by Fieldbus at 30%, and Wireless and 6%.

Read more about ‘Where Next for Ethernet’ – an article originally written by Bernd Müller from LAPP.

Despite the COVID-19 pandemic, HMS Networks still expects the total industrial network market to grow by 6% in 2021. It’s also expected that the next study will report Industrial Ethernet, Fieldbus, and Wireless networks to be at 65%, 28%, and 7% respectively.

So, in short, Industrial Ethernet is now dominating the market.

“Industrial network connectivity for devices and machines is key to obtain smart and sustainable manufacturing, and this is the main driver for the growth we see in the industrial networking market,” says Anders Hansson, Chief Marketing Officer at HMS Networks. “Factories are constantly working to optimize productivity, sustainability, quality, flexibility and security. Solid industrial networking is key to achieving these objectives.”

Here’s a quick read on how ‘Industrial Ethernet Market Continues Rapid Growth Through 2026’.